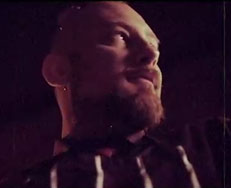 ‘All You Can Eat’, The fifth video teaser for Lacuna Coils forthcoming album ‘Dark Adrenaline’ has been released today. Using a style similar to 1970s split-screen martial arts movies we see Marco as a Sushi chef who appears to have murderous intent…