“We made a record, it might sound familiar but it’s not what you think…this is Comalies XX. Out October 14th.” and it’s notable that the release date of Comalies XX is day before the ‘Comalive’ show in Milan.

From the Century Media website:
‘Back in 2002, Lacuna Coil released an album which is now undeniably an anthem laden millennial classic that established them as a band with the stamina to go the distance and much of the climbing that still lay ahead back then. Now, 20 years later, Lacuna Coil decided to revisit the songs, but not to just re-record the songs as they were, but deconstruct and transport them into 2022. ‘This is not a reboot or a spin-off or anything like that,’ says vocalist Cristina Scabbia. ‘We just wanted to give these songs a 2022 dress and see how this guy or girl who was born 20 years ago would still look fucking slick in 2022.’ 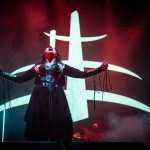 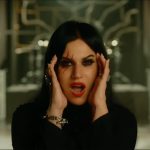