With Lacuna Coil Through Milan

Enough of the cold Nordic rainy weather? METAL HAMMER recommends: Enjoy the sweet life in the sunny Milan instead! With the help of the well-informed guides of LACUNA COIL that shouldn’t be a problem: CRISTINA SCABBIA and ANDREA FERRO tell you exclusive, why, when and where a visit in their home town is worth. 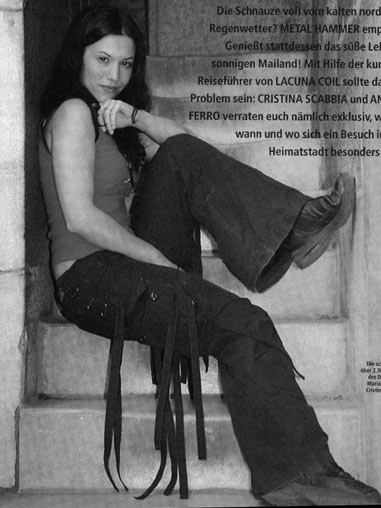 Even though Milan is no European metal-capital, it offers a lot for the fans: if you’re on a short trip or a longer vacation, Milano has enough clubs, museums, and sights to entertain a visitor for days. With a one day ticket of the public transport you can get to all the places easily and cheap. Good food, the nice flair and climate in springtime and fall make you want to spend your holiday here.