Nothing Stands in Our Way / The Book Review 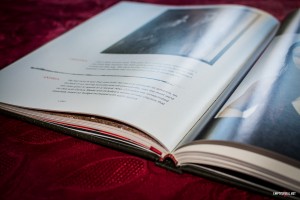 In celebration of twenty years as a band, Lacuna Coil have written an illustrated history and we have reviewed it! The book, available in two formats is ‘The full 20-year story of the Italian Gothfathers as told by the band in their own words. Illustrated throughout with rare and candid photographs, memorabilia and personal artefacts, here is the Lacuna Coil story in all its dark glory.
Founder members Andrea Ferro, Marco Coti Zelati, and Cristina Scabbia have recalled the birth, growth and full flowering of the band to tell twenty years of Lacuna Coil in NOTHING STANDS IN OUR WAY.’

The book is due for release on 28th November and available at for pre-order at lacunacoilbook.com

Check out our exclusive review of the Signature Edition!

Lacuna Coil: Nothing Stands in our Way Book Announcement 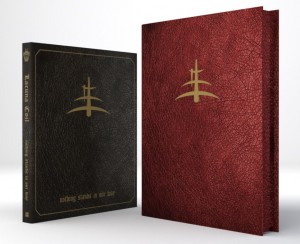 Published to celebrate their 20th anniversary, NOTHING STANDS IN OUR WAY by LACUNA COIL contains rare and candid photographs, memorabilia and personal artefacts from the collections of founder members Cristina Scabbia, Andrea Ferro, and Marco Coti Zelati. Among the wealth of photographs in the book are baby pics, 1990s skater poses, pre-Lacuna Coil performance shots, and tons of backstage scenes from the past two decades.

Andrea, Maki and Cristina tell the band’s story in the first person, beginning with their early life, teen years, key musical influences, personal record collections and details of how they met. It goes on to describe how LACUNA COIL formed, found success and became the global phenomenon that they are today.

NOTHING STANDS IN OUR WAY is available in two distinct editions: The Classic is a 224 page, 200+ image-filled hardback with foil detailing and retails at £35/$45; the Signature is the same hardback in a deluxe clamshell box, signed by the band, with four exclusive, original art prints created by Marco Zela Coti, and retails at £100/$130.

Check out the unboxing video:

For more information and to order, head over to lacunacoilbook.com 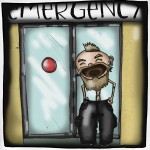 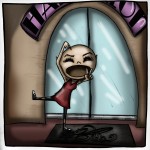 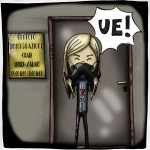 Lacuna Coil have announced today that they are publishing ‘Fare Credere’, an ‘Exposé’ of the band written by bassist Marco Coti-Zelati to celebrate twenty years of the bands history and including illustrations throughout drawn by him..

“We have always been a fun band and have many experiences to tell, some good and some very bad!”, claims Marco who has written and illustrated the book to highlight the outrageous things the Lacuna Coil band members have done over the years, some of them very recently: “I was off the tour for last year for a while and had to change my diet. What people don’t know is that I actually had an eating disorder and ended up in hospital because I had lost so much weight. It’s crazy to think that!” say Marco, who is well known for his love of food.  The book also states that Lacuna Coil singer Cristina Scabbia has shaven her head and has actually been wearing a wig for the last two years, something she has endeavored keep a secret from her fans.

Marco also writes about Ryan Blake-Folden, who joined Lacuna Coil on drums last year, and the rest of the band asking him to change his name to ‘Rocco Blasi’ and move to Milan (the bands home-town) in an attempt to appear ‘more Italian’. Marco adds “Ryan is a great guy and has has been learning Italian quickly. We really wanted him to change his name and move to Milano “.

The publication date for ‘Fare Credere’ is to be confirmed…