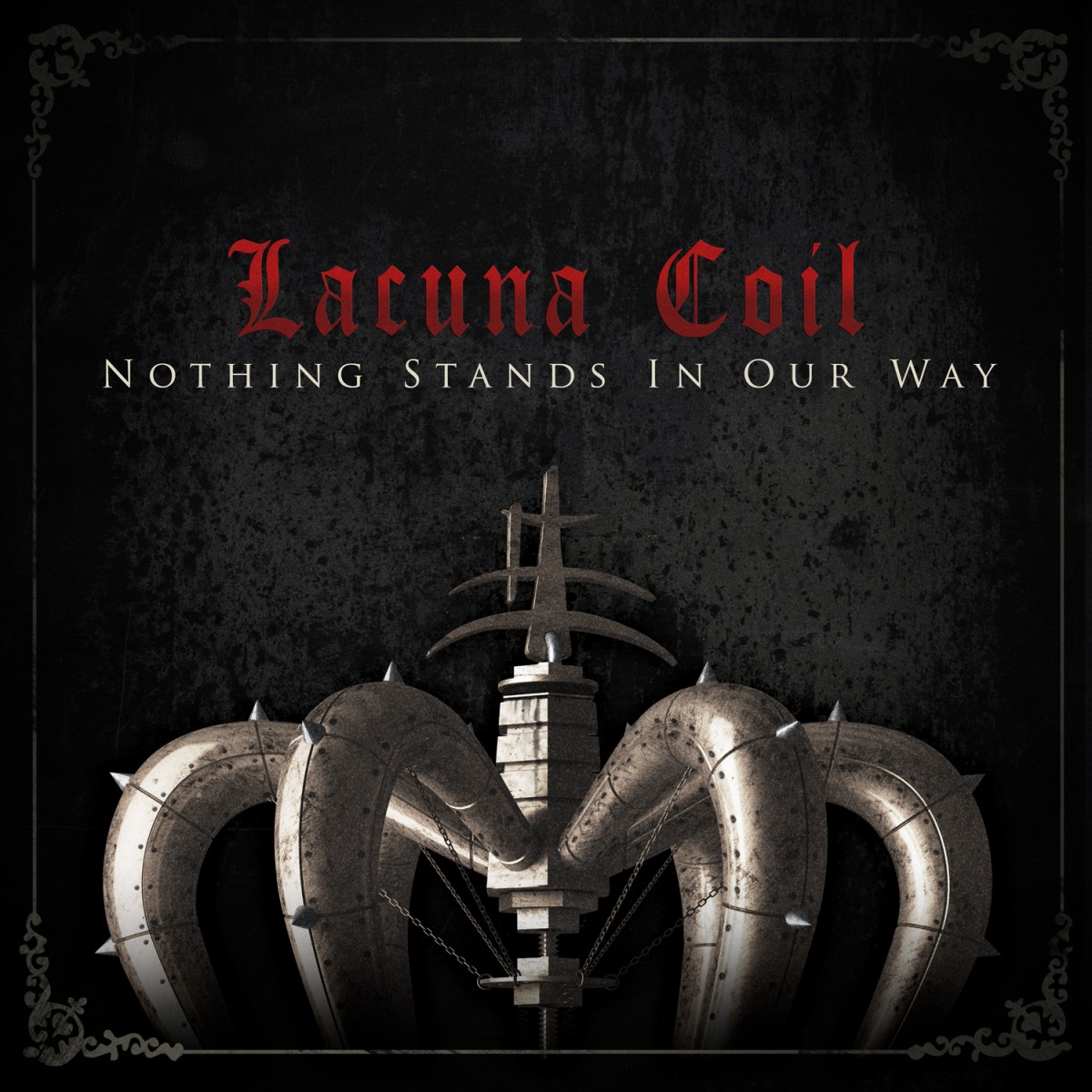 Nothing Stands In Our Way / Review by Gillian 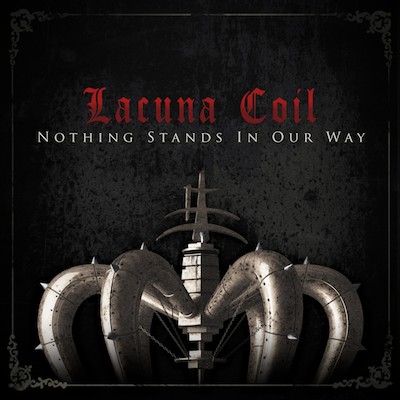 Last week, fans finally got a taste of the new album ‘Broken Crown Halo’, as a new song has been released on Sound cloud. Fans have been told that ‘Broken Crown Halo’ was written in the same line as ‘Dark Adrenaline’, but even more heavier and cinematic, and in the first song, we can immediately sense this feeling.

When I first heard ‘Nothing Stands In Our Way’, I was pretty blown away. The song starts off with a soft, but tension-building tune, and after a few seconds, it surprises us with a growling Andrea. You can hear Andrea growling in the first album ‘in a reverie’ and in the ‘halflife’-EP. As lacuna coil developed, he only sung clean vocals, but in this song, we can hear that Andrea has gone back to his ‘roots’ by using the growl vocals. In combination with the way his voice evolved over the years, he delivers us an amazing vocal sounds on this song.
Throughout the whole song, we hear a straight and heavy guitar riff, it builds a very strong atmosphere that perfectly fits the lyrics of the song. Marco had to stay home recent Lacuna Coil tours, because of a problem with his arm, he used that time to write songs for the new album and therefore delivered the biggest part of the actual songwriting. Marco did a splendid job, and together with the input of the other guys and girl they have been able to deliver a vigorous first song for the new album.
The lyrics seem to tell the story of everyday difficulties we face in our life. It’s very easy for everyone to see their own story in it and to make their own connection with the song. In the first verse, we hear the sentence “But we have come too far, to give up who we are”. Later in the song, we can hear “Now that we’ve come so far, do you still remember our dreams. The need to have it all? Don’t give up, I feel we are almost there”. It’s very easy to sense a message in this song that has also been given in many of their previous songs ; never give up on your dreams, believe in yourself and let no one take these dreams away from you.
In the chorus, we can hear a follow up of metaphors, they sound very strong and powerful and make a very good base to the lyrics of this song. There is a description in the chorus, of bad things that try to take a place in our lives. It’s our turn to not let these events take control over our lives.
Later in the song, there’s a very interesting part, where Cristina sings the chorus and Andrea growls it. I am personally in love with this part, as it shows once again how much their voices match together in this way.  I would describe Cristina’s voice as very confident throughout the whole song but still I sense some fragileness in her voice. This is what gives this song it’s twisted meaning; There’s the hard side of live, combined with the everlasting strength and perseverance we need to have.

I experience this whole song as a message that tells us the following; how difficult things may sometimes be, never let anyone get you down, never. That’s our way, the Coiler’s way!