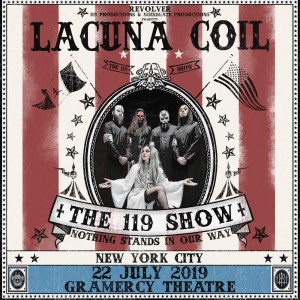 Lacuna Coil have announced the following today:  We’re bringing our 119 Show to you on July 22nd and we can’t wait! Revolver Magazine presents The 119 Show – An Evening with Lacuna Coil on July 22nd! Live Nation Presale begins Wednesday at 10AM (code: MASHUP), and tickets go on sale to the general public on Friday at 10AM.

You can see all upcoming Lacuna Coil shows in our Tours section here. 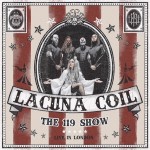 After a VERY long time, we’re back with a new episode of the Emptyspiral Podcast! In episode 132 we present for you an audio recording of the audience Q&A with Andrea and Cristina at the premiere screening of Lacuna Coil’s 119 Show in London.

The 119 Show CD/DVD and Bluray Pre-Order

Further to our previous announcement, the The 119 Show, which is due for release on the 9th November (11.9 – get it?!) is now available for pre-order.  The release is due in two formats:  Bluray package and DVD/CD.

You can find both formats now available for pre-order at various online stores – HMV and EMP direct have both formats: 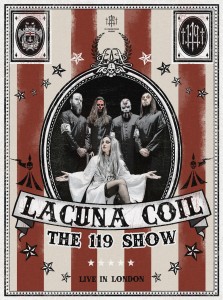 LACUNA COIL just released a first song and clip from the show, “Blood, Tears, Dust (The 119 Show – Live In London)” which you can check out here:

They previously launched the following trailer for the release:

Fans can look forward not only to a very special live performance that was accompanied by the UK circus group Incandescence, but also to a career spanning set including LACUNA COIL songs never played live before.

“The 119 Show – Live In London” is available in the following formats: 2CD/DVD, Blu-ray/DVD/2CD, Digital Album.

First preorders are already up: https://lacunacoil.lnk.to/The119Show

Very few tickets are left for a special screening of “The 119 Show – Live In London”: LACUNA COIL are offering the chance for fans to share the magic once again, this time on the big screen. On October 23, Everyman Cinema presents an exclusive showing at ‘Screen on the Green’, Islington, London with Cristina Scabbia and Andrea Ferro taking part in a live Q&A. The event is sponsored by Italian beermakers, Birra Moretti. Tickets are available here: https://www.everymancinema.com/screen-on-the-green/film-info/lacuna-coil-the-119-show-band-qa

After the release the band will head out for a European tour to support the release of “The 119 Show -Live In London”. 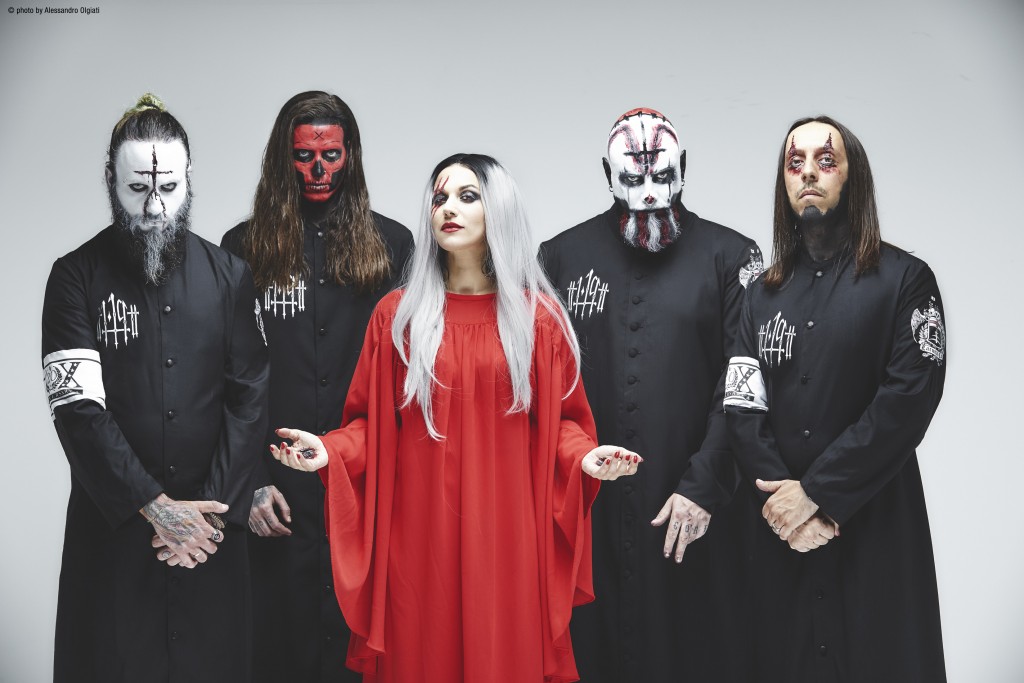