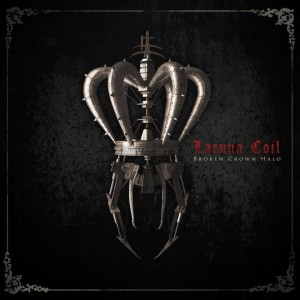 We love you guys, and we hope to see you all soon! 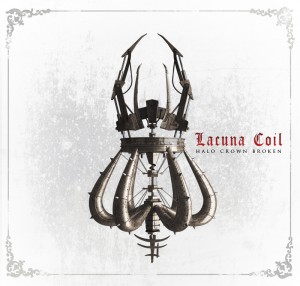 Lacuna Coil have announced today that, hot on the heals of their seventh studio album, ‘Broken Crown Halo’ they are to release a sister album entitled ‘Halo Crown Broken’.  According to the band the album is inspired by The Beatles ‘White Album’ and will include a re-interpretation of the music released on ‘Broken Crown Halo’, but with instruments that Lacuna Coil haven’t previously used.

Andrea Ferro says “In Broken Crown Halo, we are fighting for a kingdom and a crown that is not what it seems to be, one that in reality represents the moment of confusion we’re living in, and the very fragile situation we’re facing every day. In this album we provide a white utopia where music provides order and stability to the chaos”. He adds, “We are exploring musical boundaries with the use of exotic instruments like ukuleles, sitars and mandolins.  The idea is that you listen to ‘Halo Crown Broken’ at the same time as ‘Broken Crown Halo’ to create a rich soundscape.”

Cristina Scabbia also adds “We’ve always wanted to explore more vocal techniques and I’m really pleased with the yodelling that Andrea and I perform in this album. It rocks!”

‘Halo Crown Broken’ is on limited release from today! More information about the album can be found here. 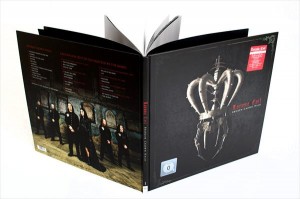 Emptyspiral has teamed up with Century Media to give everyone in the community a chance to win the extra special ‘Broken Crown Halo Artbook Edition for free!  This edition includes includes a CD version of the album, as well as a Best Of Lacuna Coil CD, and DVD which includes behind the scenes footage and interviews with the band. All wrapped up in a beautiful photo book!

For a chance to win this edition of the album, all you need to is tell us, in 20 words or less, how excited you about the release of Broken Crown Halo! Just send your message, and your ES Username, in an email to [email protected], to arrive by 7th April 2014.  If you’ve not registered in our Community (and why not?!) you can easily do so, for free of course, here! 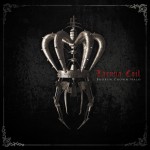 Matt writes:
I’ve said before that the musical diversity of Lacuna Coil can make reviewing their albums a challenge for me.  For approaching twenty years now the band have been mixing musical styles, and challenging musical cliches.  They’ve always aimed for something new and that can have an advsere effect – specifically it can be hard to understand what musical identity Lacuna Coil are seeking to create with each album.  These thoughts were going through my mind when I sat down to listen to ‘Broken Crown Halo’ for the first time, and a number of questions quickly followed.  Is the album going to be heavy? Dark? Passionate?  How will it compare to previous albums? Will I like it? Will my fellow fans like it?

You can read the rest of the review here…

There will be NO advance tickets for the show.  To gain admission to see Lacuna Coil live, fans will need to buy a copy of the Broken Crown Halo, which is released on the day in the US.

Information about all upcoming Lacuna Coil shows can be found here.