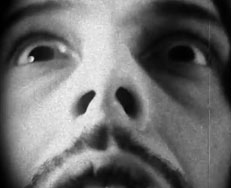 ‘While You Sleep’, The second video teaser  for Lacuna Coils forthcoming album ‘Dark Adrenaline’ has been released today. The video, which is clearly a homage to the classic  1922 film ‘Nosferatu’, shows Andrea as ‘The Vampir’, moving in on a sleeping victim that could well be Cristina.